A male gives birth to a baby at Matara hospital! 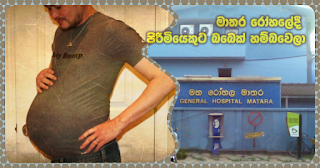 A male gives birth to a baby at Matara hospital!

News circulating of a person dressed in a trouser and shirt, donning a beard had visited Matara general hospital to take treatment fora stomach ache finally ending up by delivering a baby there has resulted in his friends and a large crowd visiting the hospital to see him. 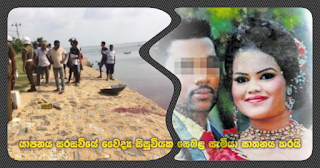 Police were able to find the dead body of a medical student of Jaffna university from the sea region of Pannei, Jaffna. Those who are witnesses to the incident had told police they had observed the deceased girl in that location in the company of another young man. An umbrella and a 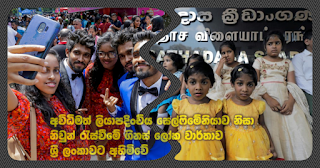 Though the Sri Lanka Twings Gathering organised and scheduled to be held at Sugathadasa indoor stadium day before yesterday (20) targeting the Guinness world record misfired because of weaknesses in organising it and thus was unable to create the expected record.

It was Sri Lanka Twins Society that organised this event following a very attractive concept and inviting prime minister Mahinda Rajapaksa as chief guest .. launching great publicity. This was to be 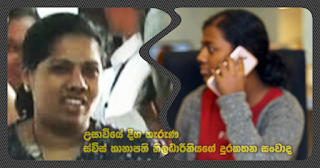 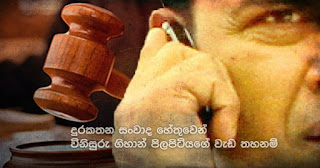 "I have voice cuts of what lokka spoke" -- Ranjan 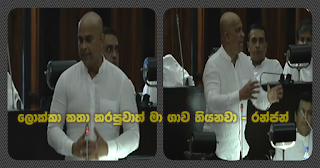 "I have voice cuts of what lokka spoke" -- Ranjan

The summary of the speech made by Ranjan Ramanayaka in parliament today appears below.

"Police came to my house on the 4th and removed my laptop and telephone data by violating parliamentary privileges. It's not I who have lovers ... I ask pardon from those who were subjected to inconvenience because of the voice cuts 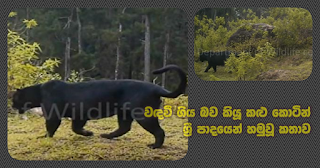 A dialogue has emerged about black tigers supposed to be extinct in Sri Lanka being captured 'live' on a camera. Images on cameras installed by wild life department of these black tigers were seen and it was of a female, a male and two cubs, it was reported. 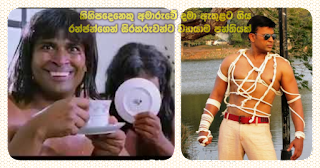 Mp Ranjan Ramanayaka wh presently is in Colombo magazine prison because of some voice cuts which shook the whole country is engaged in physical exercises from "P" prison cell and is also giving instructions in that connection to other inmates, prison sources reveal. It is also understood that for his exercising activities the suspect parliamentarian has even got down his personal exercising equipment. Ranjan has informed of his necessity to engage in daily special 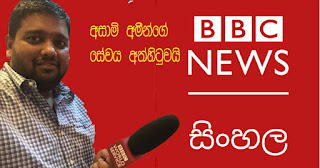 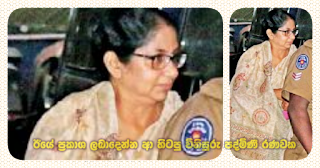 Colombo Crime Division has recorded a statement last afternoon (20) from former high court judge Mrs. Padmini Ranawaka. Police have said that her statement has been taken for a period of approximately two and a half hours. She has been interrogated in connection with a telephone conversation which took place with former state minister Mr. Ranjan Ramanayaka of the last regime. 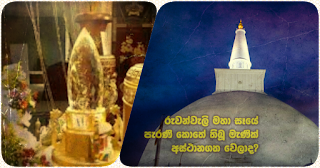 Commissioner general of Archaeological Department, professor Senerath Dissanayaka has stated that an inquiry would be carried out to find out whether articles or objects deposited at Ruwanveli Maha seya have gone missing when the pinnacle was removed. He mentioned that according to a complaint received, this inquiry is being done as on the said occasion some anomaly 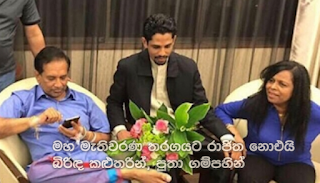 Former minister, Dr. Rajitha Senaratna will not be contesting for the next general election and instead his wife, Sujatha Senaratna has decided to contest, it is reported. As such, she is expected to contest from Kaluthara district on the Prajathanthravadi Janatha Peramuna with the motive of building up the allied parties together headed by United National Party. Rajitha Senaratna is hoping to 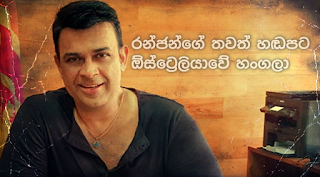 Other than the already released tapes, several voice cuts have been hidden at a safe location in Australia and Mp Ranjan Ramanayaka has said that when the hour of necessity comes, those would be released. This has been told on the occasion when a weekend newspaper questioned him 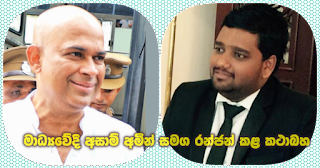 A voice cut of BBC journalist Azam Ameen who had a conversation with Ranjan during the last presidential election has been released to internet today.

Reason for Haputale plane accident which caused the loss of 4 lives ... not supposed to be a technical fault 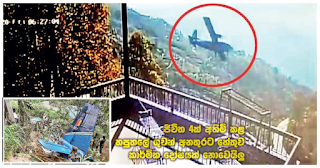 Reason for Haputale plane accident which caused the loss of 4 lives ... not supposed to be a technical fault

It was revealed through investigations that the airline Y-12 belonging to Sri Lankan Air Force which crashed into an estate in Thambapillai, Haputale was not due to a technical fault. It was revealed that the accident was caused due to negligence of the pilot concerned. 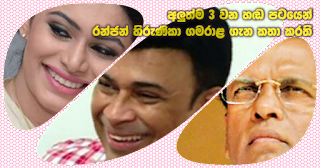 After the statement of Mp Hirunika Premachandra that of voice cuts where Mp Ranjan Ramanayaka conversed with her, though the first one was true; the second one false ... the third conversation was released to the social media. In that instance the topic Hirunika spoke about was that she was to attend an 'ITN 7thweni Peya' programme and that the then president Maithripala 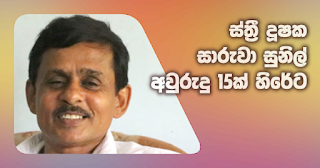 Former chairman of Akuressa provincial council, Saruwage Sunil (Saruwa Sunil) who was found guilty of having sexually abused an underaged girl was sentenced to jail for 15 years rigorous imprisonment by Colombo high court. Apart from it, the high court judge further ordered 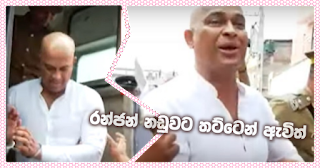 Ranjan Ramanayaka who has been taken into custody and remanded for having made an influence on the judiciary arrived this afternoon (17) at Gangodawila magistrate court for having retained an unlicensed pistol in his possession. His appearance has changed and having removed the

"My second voice cut is an edited one" -- Hirunika 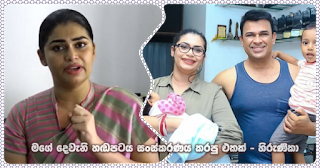 "My second voice cut is an edited one" -- Hirunika 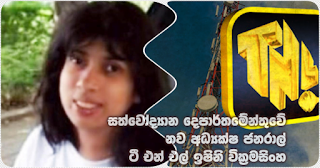 Director of TNL channel has been appointed as new directress general of national zoological department.

Her father is Shan Wickramasingha while her father's brother is Ranil Wickramasingha. During the last presidential period, she appeared on behalf of the victory of Gotabhaya Rajapaksa of Pohottuwa