Teachers dressed in hijab come to meet Asad Sali saying, "We were chased from school ... were told to wear saree" 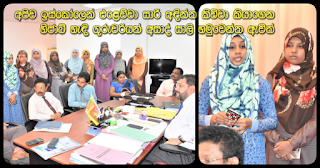 Teachers dressed in hijab come to meet Asad Sali saying, "We were chased from school ... were told to wear saree"

After 10 teachers were chased away like this, they had created a fuss that it was an instance of
injustice to them. Though it was pointed out that the traditional hijab was not prohibited and that wearing it and coming to school was no issue ... the parents have not agreed.

What a group of members of the school development society has told was they would be granted permission to enter school premises only if they come clad in saree. On this occasion Western Province Governor Asad Sali has mediated in this dispute and inquired into it. The said teachers on this occasion have said that they refuse going back to a school which refused them admittance. The governor who gave ear to this problem of the teachers has taken action immediately calling for an emergency meeting and summoned officers of the educational department at the very moment the victimised teachers were present and as a final settlement to the issue those teachers were transferred to other schools. 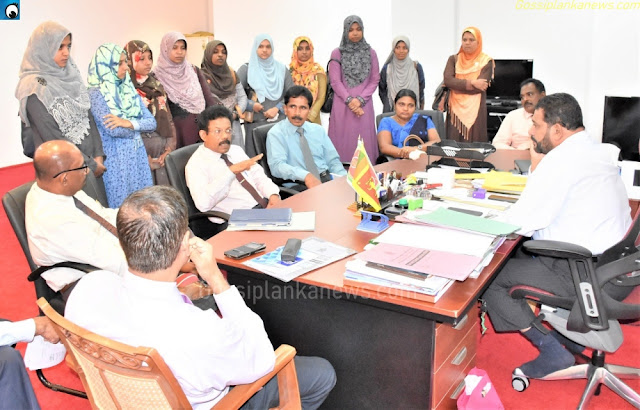 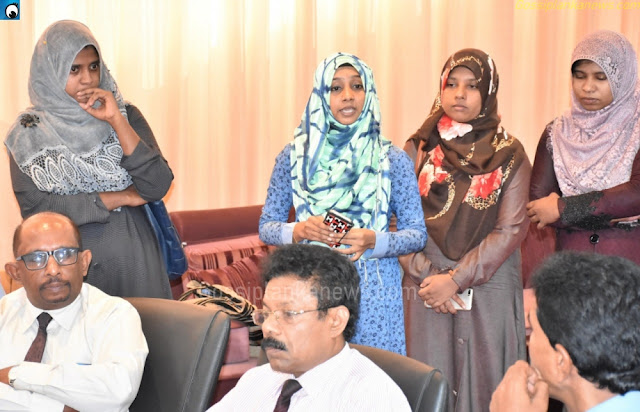 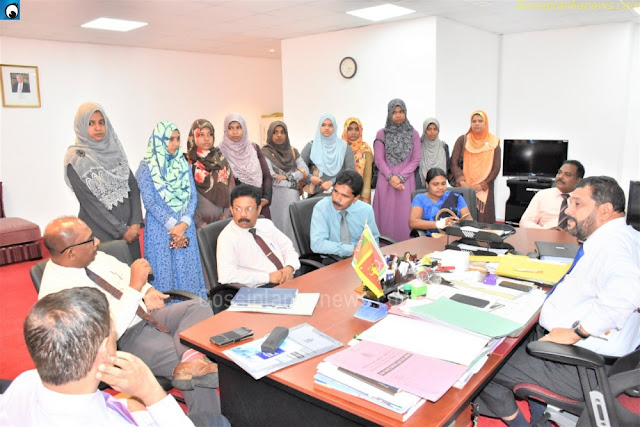