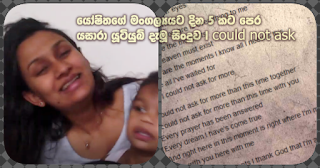 The wedding ceremony of former president's son Yoshitha Rajapaksa and Nithisha was held in a simple manner yesterday.

More than Rohitha or Namal, as descriptions and stories about Yoshitha Rajapaksa's various romantic involvements were published in the media during the past few years, fans who read those news found
news about Yoshitha's wedding something significant. Yasara Abeynaika who was a girl friend of Yoshitha is married by now and is now the mother of a daughter.

When circumstances were such, 5 days prior to Yoshitha's wedding a romantic song by Yasara Abeynaika in the company of her daughter was seen over YouTube and something strange is to be noted in it. It appears below. Its lyrics and its Sinhala meaning is published with it. 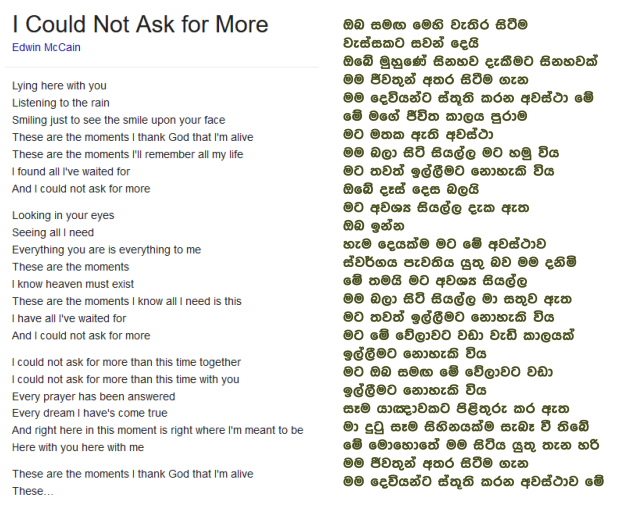