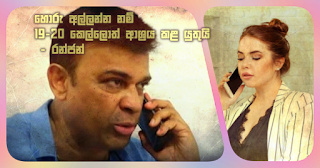 When Ranjan Ramanayaka's voice cuts keep circulating around social media ... particulars about females he associated too have begun to emerge.

A female has given a call to Ranjan saying that she supply a 19 year old girl and that the girl who has a tender look is not a 'chartered' case and a good girl. In this instance it is heard in the voice cut of
Ranjan asking whether the girl is fair or dark. In the process, it circulated in the social media that this voice cut was an edited one. However, though the idea that this voice cut circulated in the social media as one that was edited ... according to a clarification made by Ranjan's facebook page ... it could be assumed as that voice cut being genuine.

This is what Ranjan has mentioned in the facebook page by clarifying it: "To catch thieves ... drug addicts, judges, playboys .. everybody has to be associated".It is seen that, a strategic procedure has been adopted to mete out punishment to ofender Ranjan Ramanayaka in a strategic manner. 'Genuine information about most offenders are with those 19 - 20 year old girls. Ranjan knows it very well'. 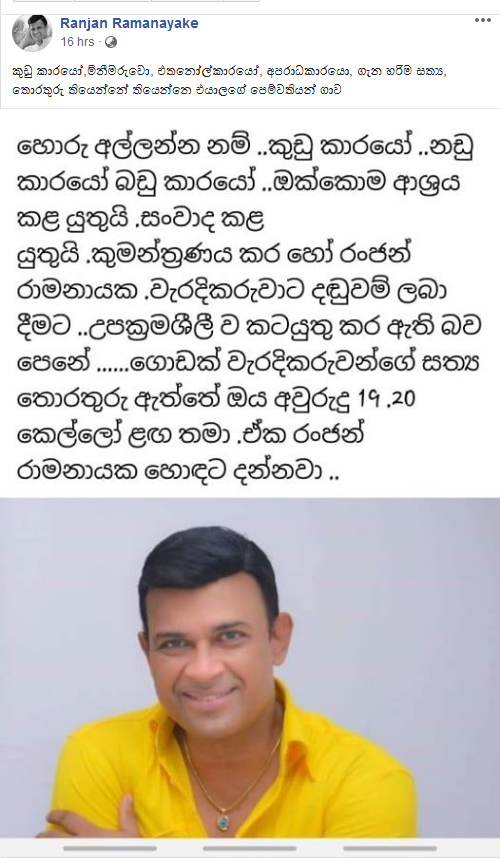