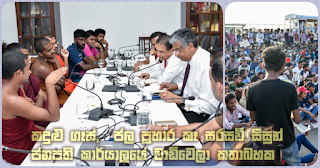 After university students launched a protest last afternoon in front of presidential secretariat yesterday (9) making 6 demands after which they were summoned to office and a discussion was held, it was reported.

Arrears payable for Mahapola and student aid for the months of November and December was decided to be paid next Monday. Further, attention was focused on students who have not completed 80% of attendance to lectures, granting student aid and Mahapola scholarships at the same level, issues regarding the university of Sabaragamuwa, increase of scholarship recipients' parental income up to Rs. 7 lakhs and increased wages of working people.

The officers agreed to provide matters taken in for discussion in written form. It was proposed to discuss prevailing problems once every fortnight according to wishes of the students, once a month. Student representatives stated that they would arrive at a decision after discussions with student associations.

After this confrontation, the students who gathered opposite presidential secretariat dispersed peacefully. President's additional secretary Rohana Abeyratna, secretary of ministry of higher education, Anura Dissanayaka, chairman of university grants commission, professor Sampath Amaratunga and a group of representatives participated in the discussion. 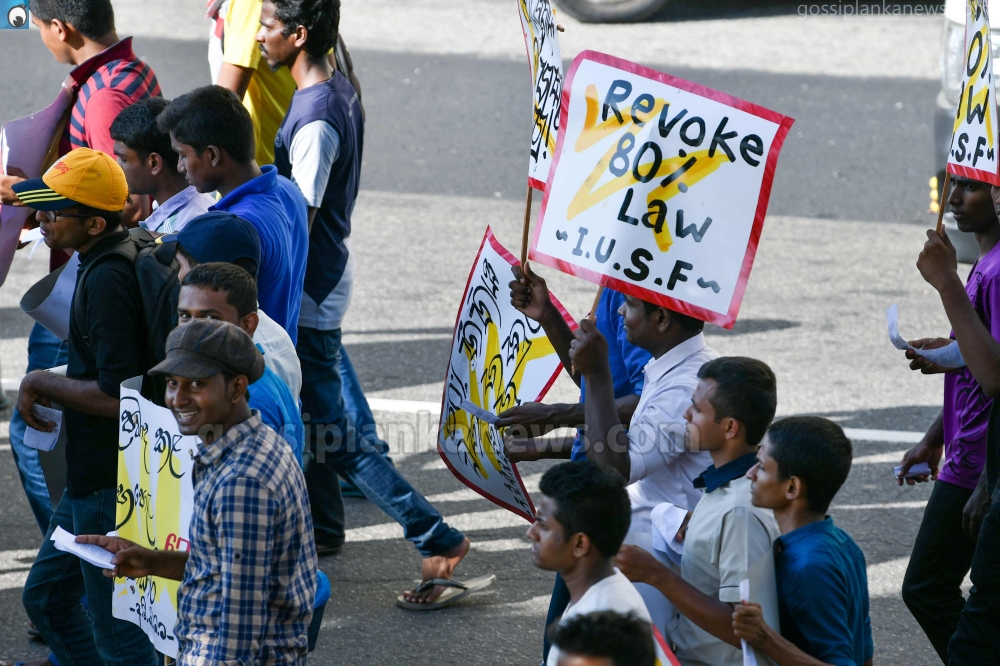 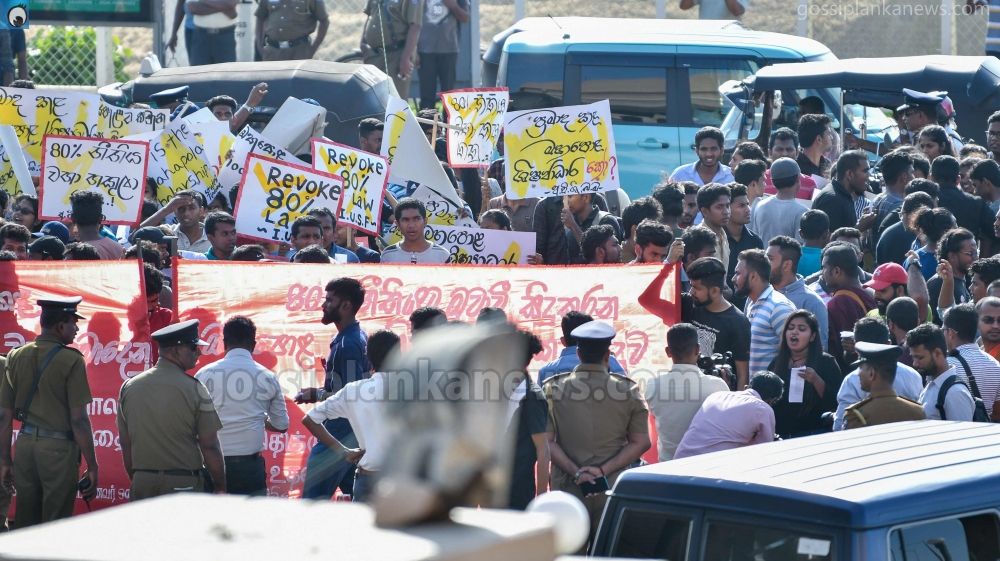 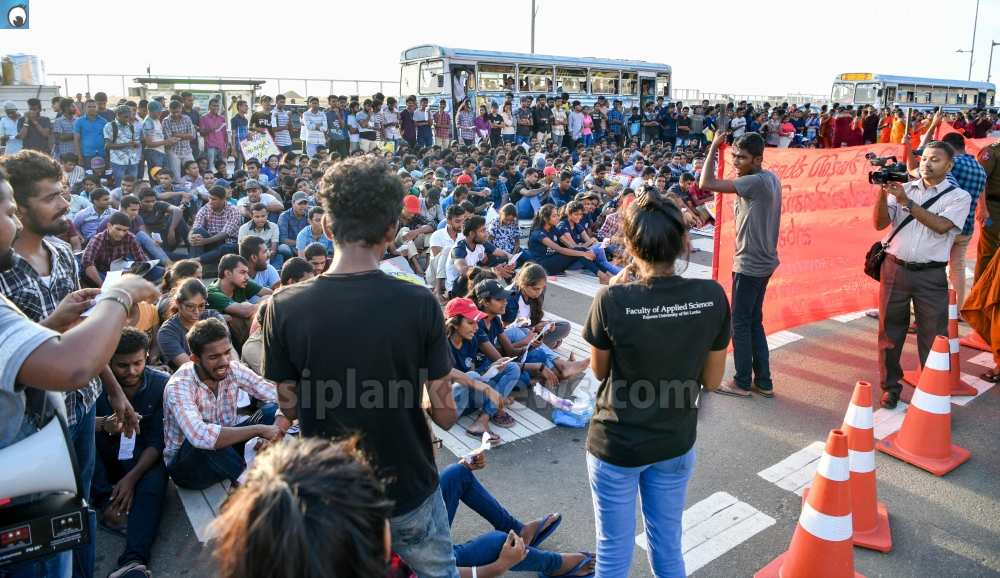 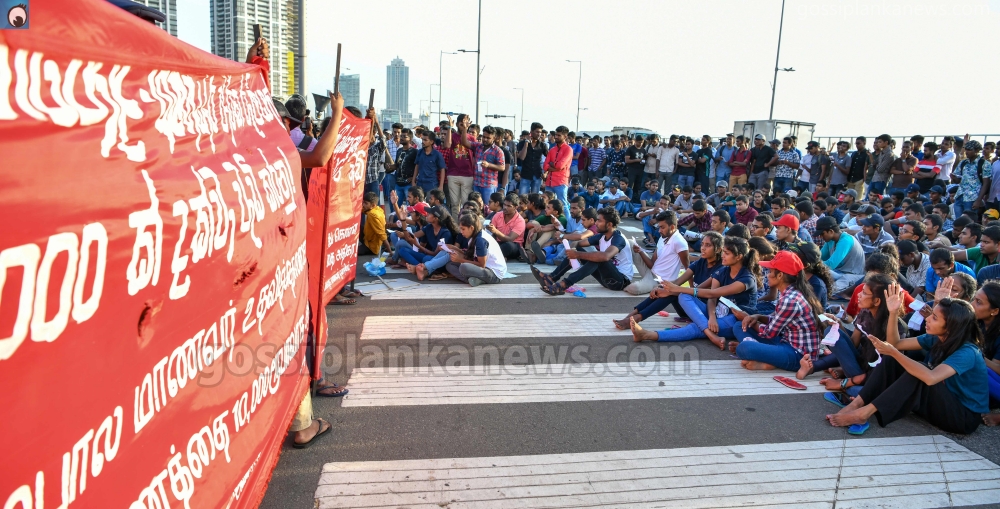 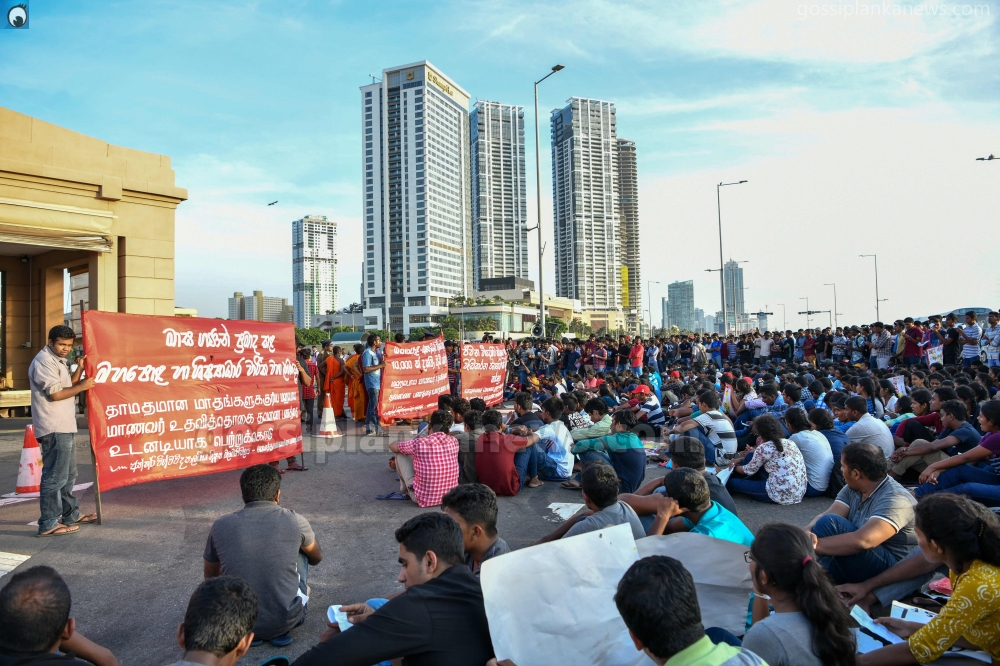 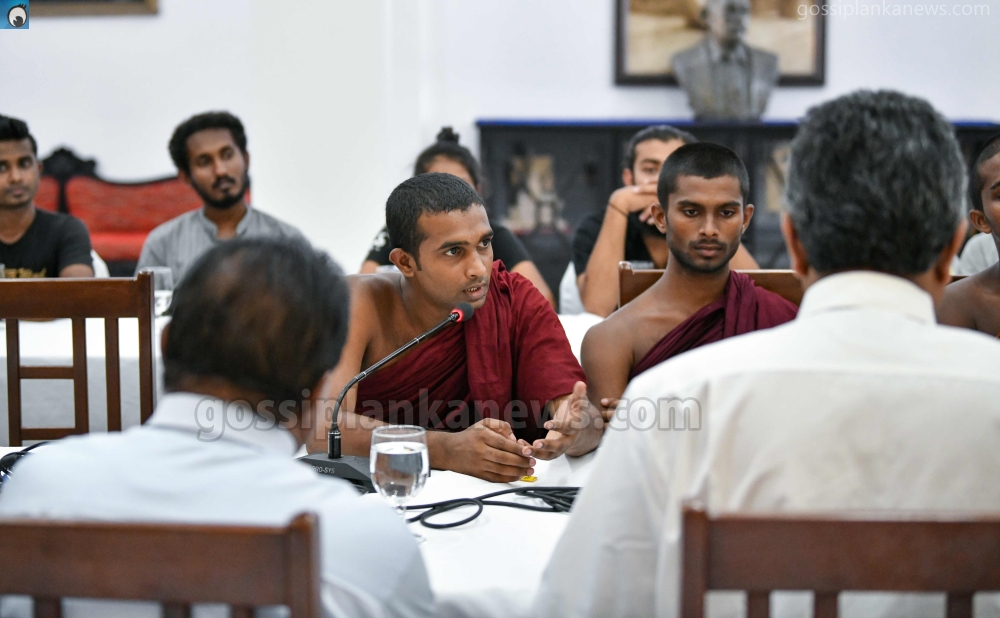 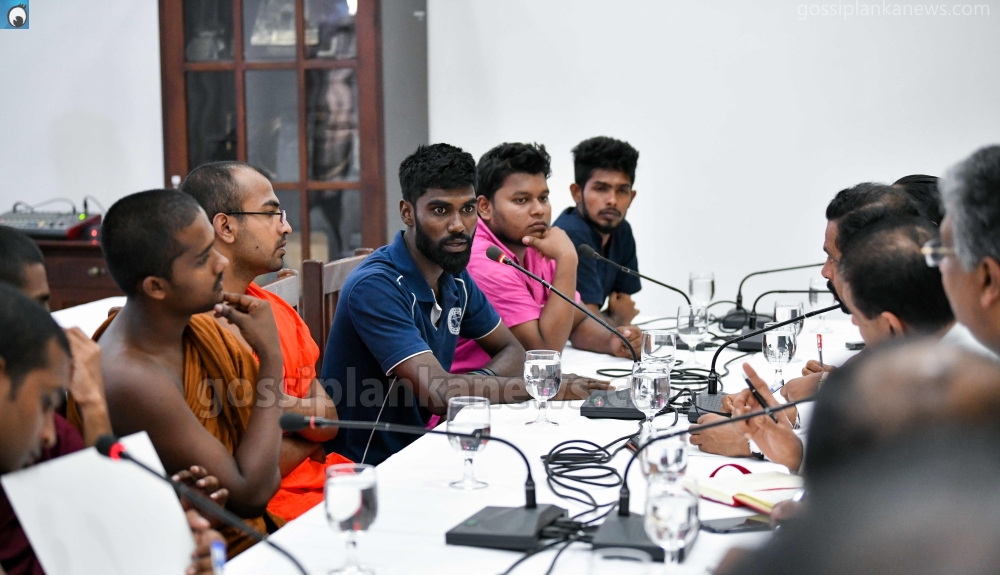 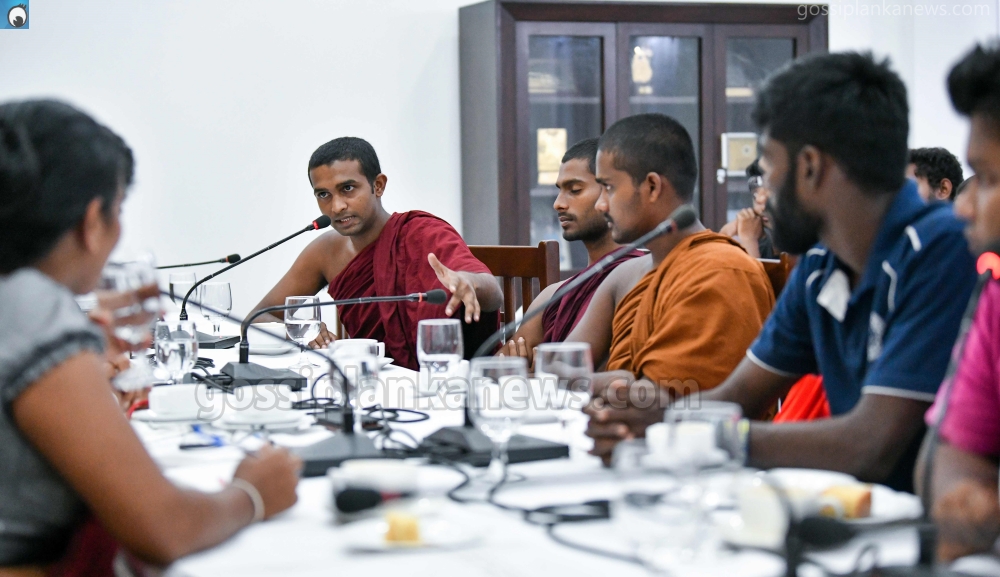 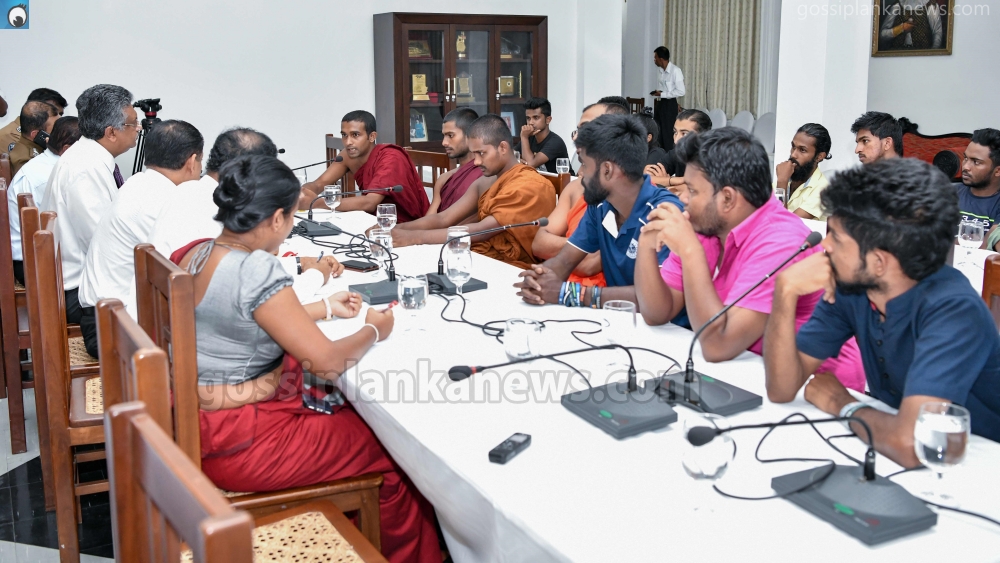 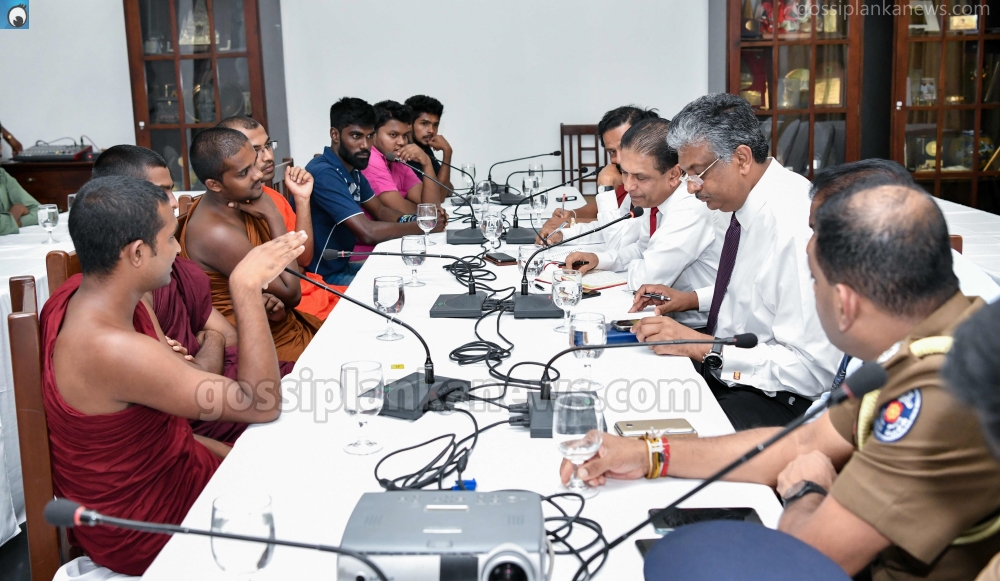