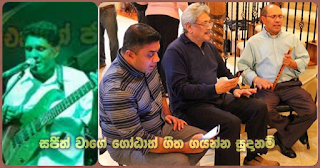 During the past period it was Sajith who was stood out among presidential candidates as someone who was noted for extra curricular activities. Sajith in this respect played football, walking on a foot bridge, playing cricket, singing songs and playing musical instruments.

On the other hand it was revealed today that Gotabhaya Rajapaksa too is ready to bring forth dormant
abilities he possesses. He has indicated this across his facebook. Gotabhaya has mentioned thus: "I like very much to spend an evening with friends joining them in their singing. I like famous songs which I heard during my young days very much. What type of songs do you like?"

In this manner when he inquires from fans as to what sort of songs they like ... they have reminded him of various songs. This then is a hint that Gotabhaya would be singing those songs in a short time. 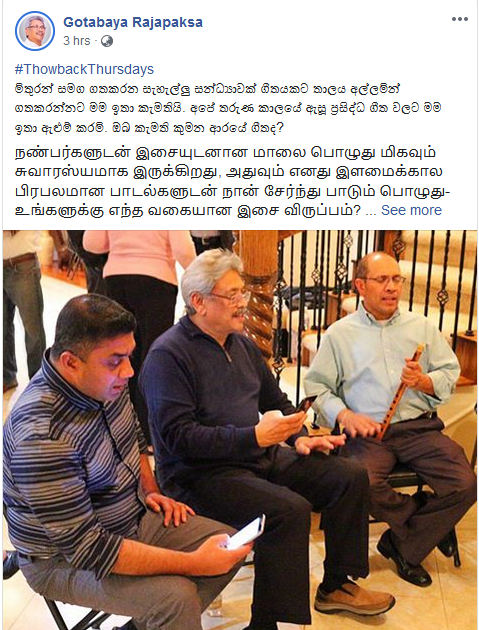