Daughter too passes away ... after mother's demise from 'Octopus' tragedy! 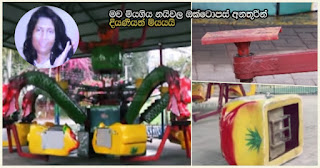 Daughter too passes away ... after mother's demise from 'Octopus' tragedy!

Though it was reported of an incident earlier that a catastrophe occured when a ferris wheel has collapsed; the truth is that it was a machine known as 'Octopus' and not what is called a ferris wheel as such.

About 15 baskets have been attached round this machine which takes the shape of an octopus and the legs are fixed separately and when the machine is activated like in a merry-go-round, it is supposed to
rotate.It is also understood that after turning a few rounds, its speed increases and the rotation starts at low level with baskets attached are lifted and then keeps revolving with speed.

At the time the mother and daughter have met with this accident 10 or 15 people been present to take a ride; but though the father too has been closeby at that place with them, he has not joined them and instead had been watching their ride. (It is understood that only two persons could occupy that basket). The machine is put in motion by a certain person and the speed has been increased after rotation of two rounds and the machine which then is lifted to a certain level then begins its third round at which moment the basket occupied by the mother and daughter gets detached and is thrown away.

The basket has struck a post at great speed where this machine was erected at a lofty position and the two were thrown out. However, those watching around have yelled that moment, the person operating it has not stopped it immediately. In the process other baskets of the Octopus machine had struck the two victims with the machine still rotating ... thus causing further harm to the mother and daughter. In the presence of the protest the person concerned has stopped the machine. Whatever it is, the father who accompanied his wife and daughter told media that nobody took responsibility of these two who faced the accident. He further said that the two who faced the tragedy were admitted to hospital after about half hour passed with efforts of those present.

The 47 year old mother, Disna Janaki Ganegoda passed away last night itself from this tragedy which happened last morning (4) around 11 in the morning while the 13 year old daughter was admitted to Gampaha Hospital with severe injuries and subsequently transferred to Colombo General Hospital for further treatment where she too breathed her last. A complete inquiry has started in relation to this incident by now.

There are numerous complaints that not much attention on public safety at this park. The Octopus Machine has not been subjected to maintenance for some time. The person operating the machine has told media that at the moment the accident took place he had stopped it functioning, promptly. But the father's statement is contradictory. The operator and manager of the business including 6 others have been taken into police custody by now. 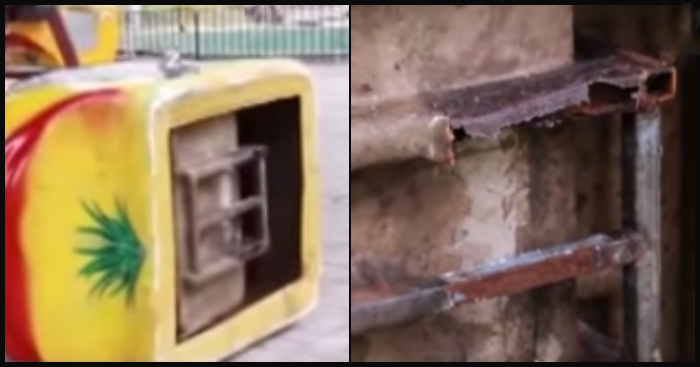 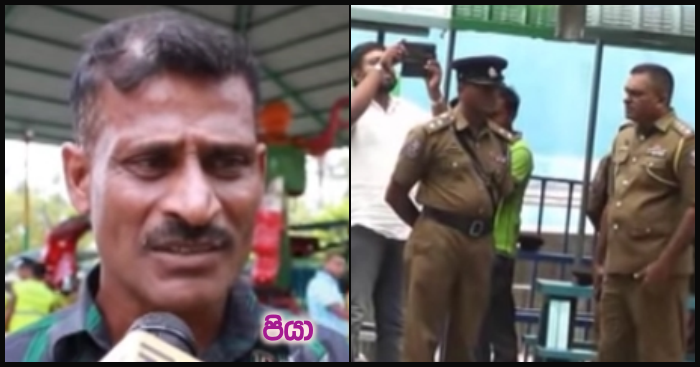 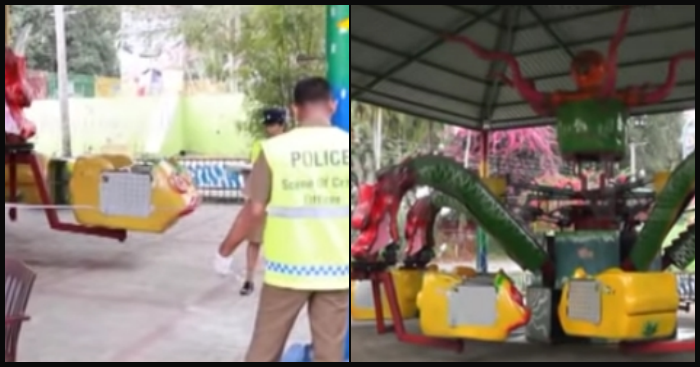 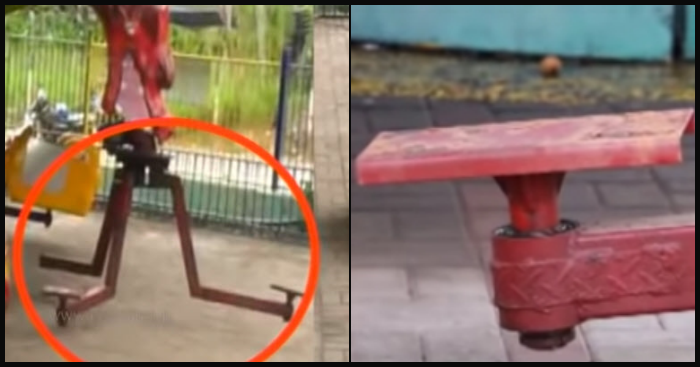