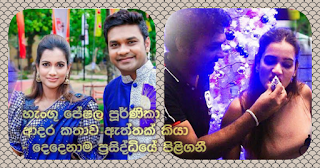 A rumour was afloat sometime back that Purnika Peiris (sister of Chathurika) attached to Derana channel was having an illicit connection with Peshala Manoj, an artiste of that same channel. Purnika who incidentally was married to Derana announcer Sahan and was a mother of one child rejected those rumours while Peshala who himself was married, rejected that talk.

This Peshala - Purnika love story which was a secret for so many days has now reached a stage where
it no longer is a secret. This story became afresh with Purnika coming with her child and appearing for photographs for 'Dukgannarala' artiste's birthday occasion recently. Now both of them have begun to speak about it in public.

A music concert of Peshala was held and all organising activities of the concert was handled by Purnika. So for the joy of the concert being over in a successful manner, a surprise party was held to thank Peshala - Purnika. So for this work several other popular artistes of Sri Lanka were connected. Purnika's kith and kin Edward - Deepika couple and Chandana Wickramasingha and wife had joined on this occasion.

At the moment the cake was cut and the occasion was celebrated, Chandana Wickramasingha made a very important speech. He talks about the importance of a hard-hearted and skillful woman being behind the success of any artiste. He remarks that that story of Purnika who carried this concert one-handedly to make this concert a success is a good example for that expression. He finally says that Peshala - Purnika are really a very compatible couple and that it is confirmed further by the success of this concert.

Distinguished singer Edward Jayakody came up with an opinion not second to it. He greets them with wishing the two of them to go along this journey which began here ... further along their personal life as much as in the artistic field too. On this occasion, it is a speciality that the partner of fate of Purnika as well as the two sisters of Chathurika being not initially someone who attained popularity earlier. 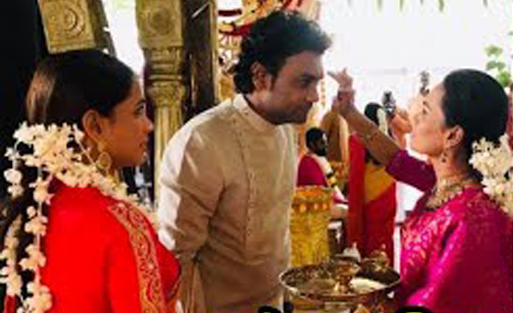 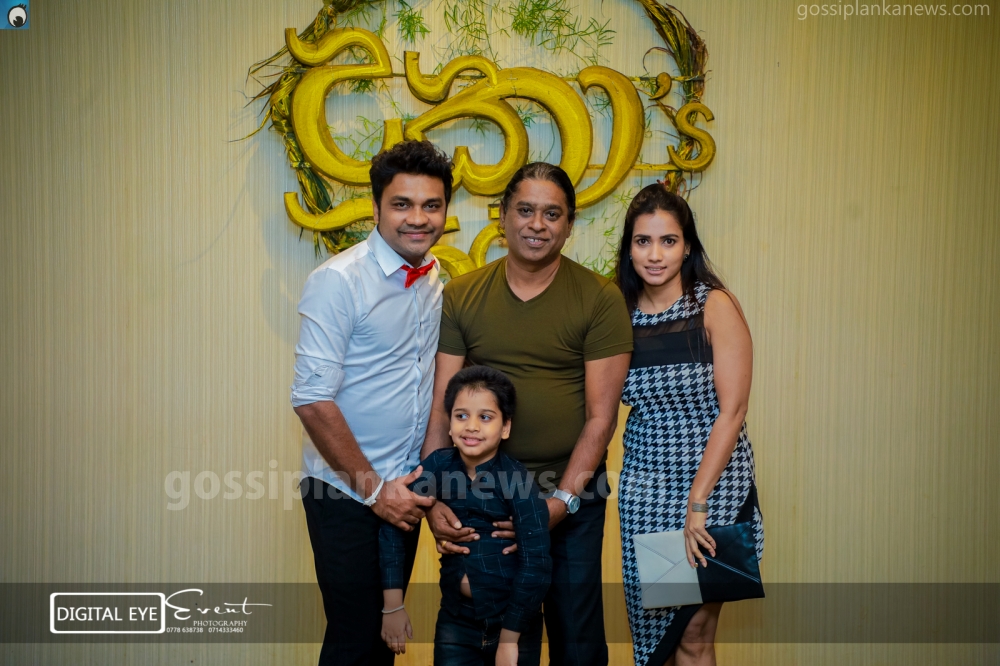