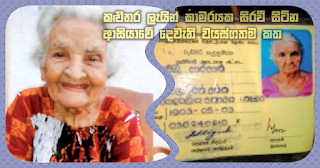 The oldest woman aged 117 years in this country is by now confined to a lying-in room in an estate in Kalutara district. By name she is Velu Parpani and happens to be the second oldest woman among the living in Asia.

When travelling along a remote road running from Sapugahawaththa junction, the estate where she lives could be found. The house where she resides is located at a place along the lying-in rooms in the row of estate houses there. Having tread the said remote route we found that house. It was M. Thangaiah and his wife who work in the same estate who had provided shelter to this woman who lived without anybody's protection. According to information we came to know of, she was born in Kadugannawa and that was as daughter of a Tamil father and a Sinhalese mother. After having got married, she had come to Geekiyanakanda estate. According to what she says, Amarawathi and Gunapala are her children. They had visited her the last time five years before this. This is what M. Thangiah who looks after her says: "This amma has no one to call her own today. Her children came five years before this. We think that they are dead by now. It was this amma who helped in looking after our children when they were small. As long as we live we will look after her well.

Sometime back, a festival was held recently by Dodamgoda provincial secretariat and she was given presents. Even a wheel-chair was given to her. On an inquiry made in this connection, what Mrs. Darshana Ranasingha said, "We gave her a wheel-chair and several gifts. She even receives an allowance of Rs. 5000 per month. Other than that she gets an allowance from the elders' secretariat once every 4 months. She still cn see and hear. We believe that if she is at a better place ... she would live for a longer period. We can give provide her with government land to build up a house for her. If any generous person would come forward to build a house for her ... we could finish the deal. We who look after her welfare have advised her to to keep the monies given on her behalf be kept in safe custody. Whatever it is, we would take steps to build up a house for her. When we were leaving the house after visiting the oldest woman in this country, she was reclining on a chair looking at us with a smile on her countenance. 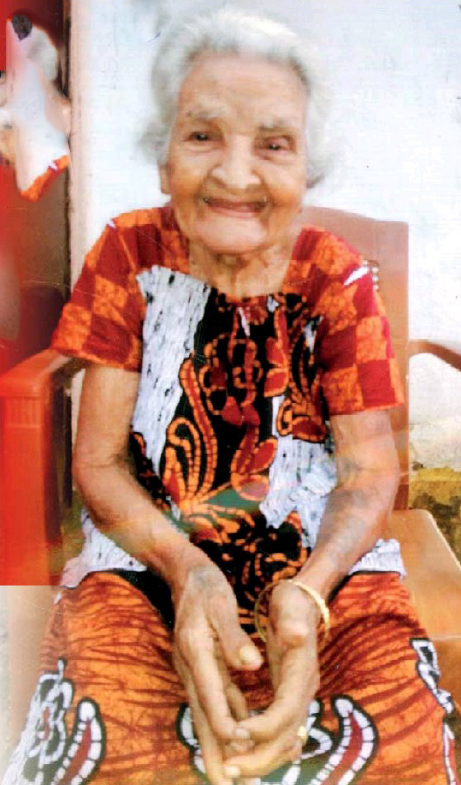 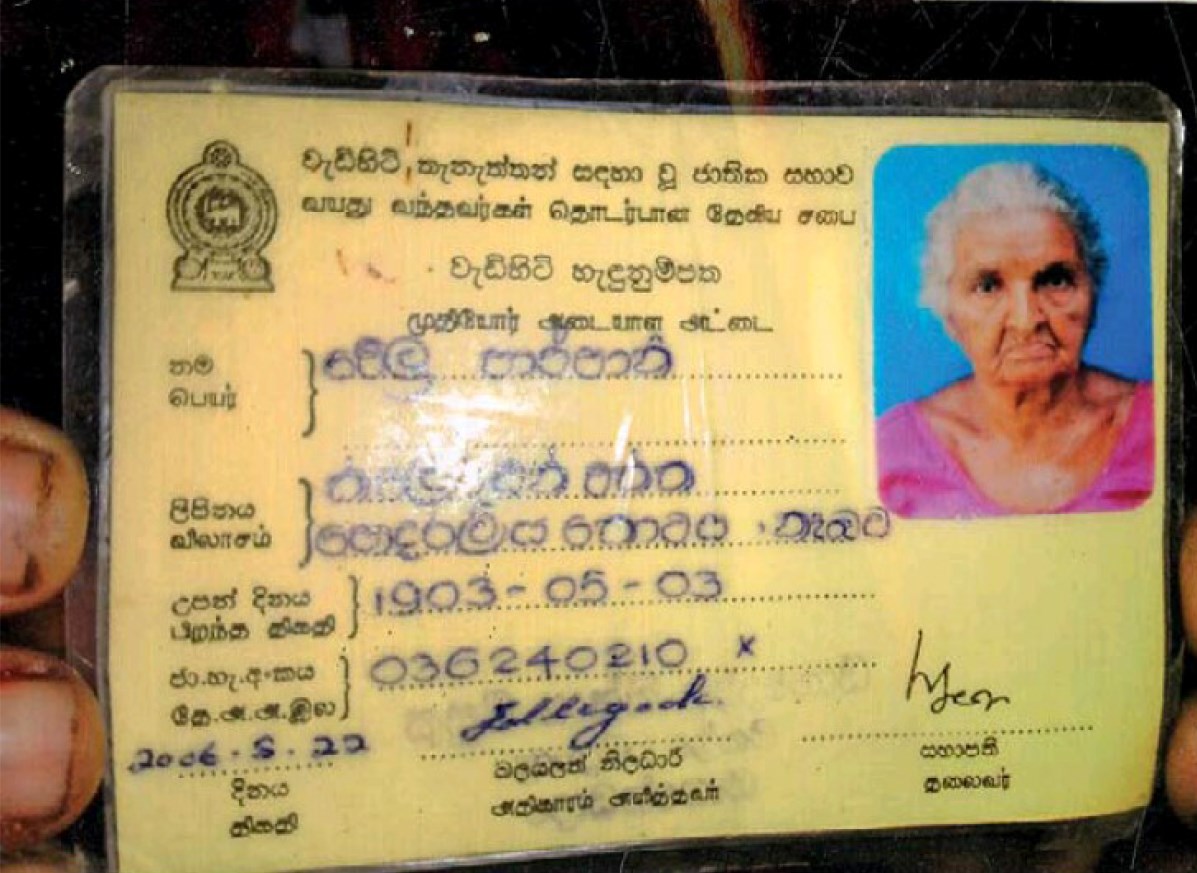 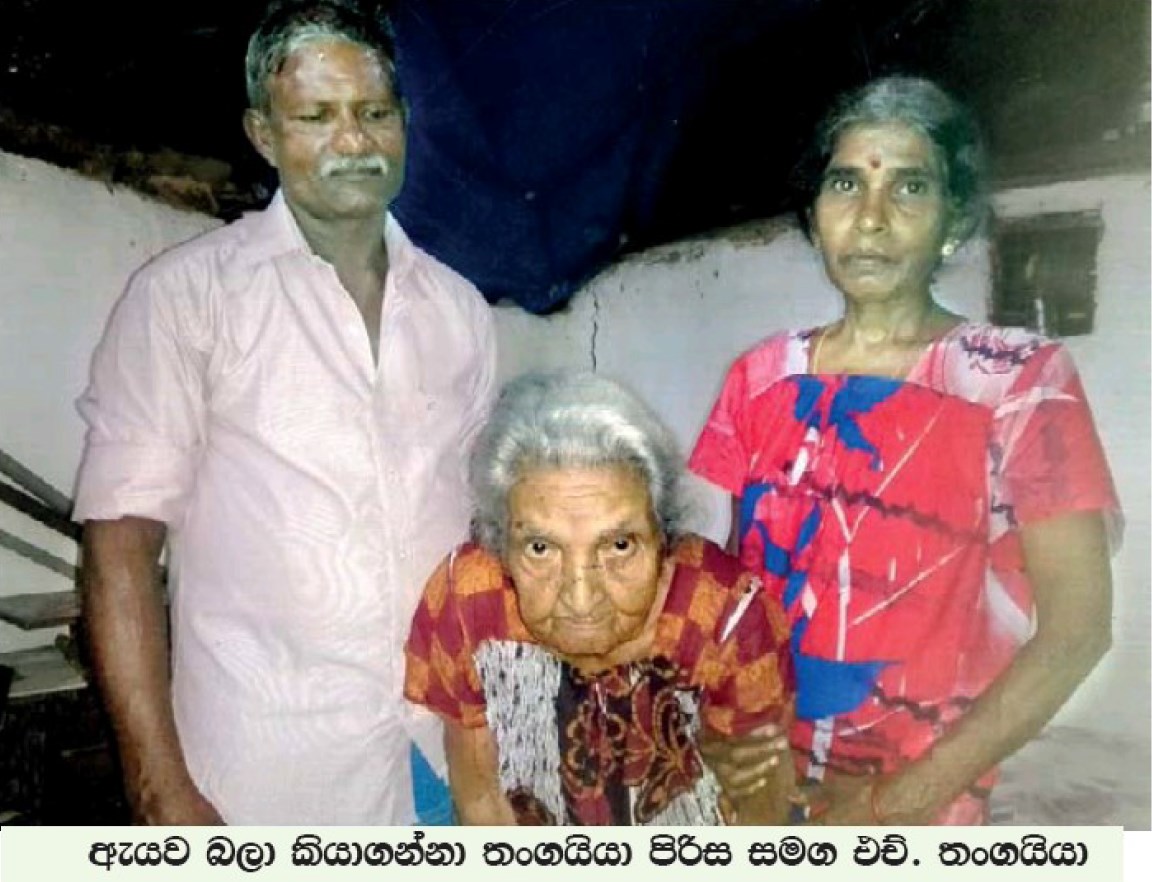