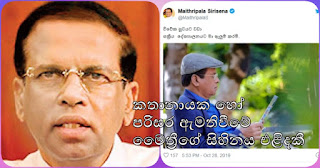 President Maithripala Sirisena has announced that he prefers being active in politics than spending his time relaxing. He has mentioned this officially yesterday by leaving a comment in his Twitter account.

President Maithripala who had told that he would not come forward anymore for the position of president when he was elected for the position of president in 2015 has given up that desire not with a
heart as such. Subsequently though he had made up his mind to go to his Polonnaruwa home after giving up his position and then attend to cultivation activities, he had decided to get approval of the cabinet and move into retirement as a landed proprietor by securing a large mansion in Colombo 7 and also as owner of some attached lands. Now the president leaves a post in his Twitter account as "Instead of relaxing ... I prefer active politics".

Though Mr. Maithripala Sirisena was to retire from his position after the presidential election to be held on 16th ... according to news or rumours, he is keeping his eyes open to come to parliament from the national list for the position of minister of environment or as Speaker, which now is becoming a reality. 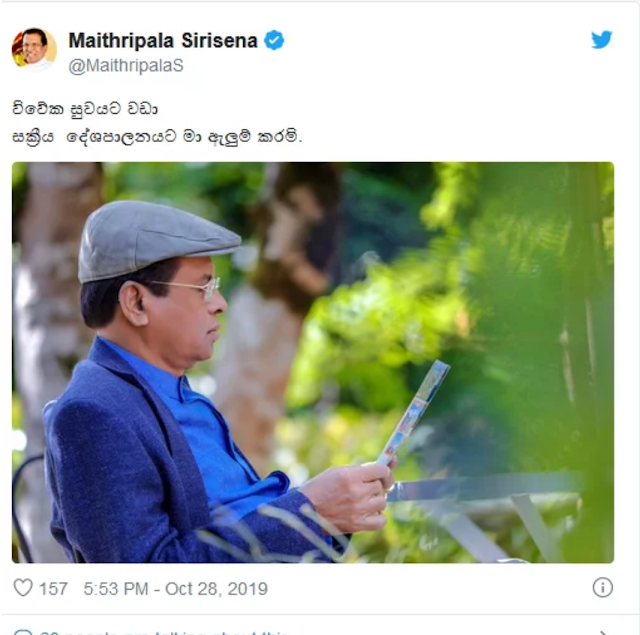