Father who visited Galle school saying that he wishes to see his sick son ... dies from gunfire of soldier! 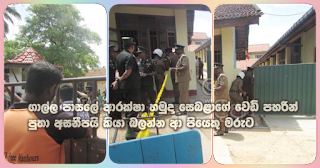 Father who visited Galle school saying that he wishes to see his sick son ... dies from gunfire of soldier!

An incident where a father of a student studying in Galle Akmeemana Upananda junior school dying from gunshot injuries of a soldier posted there for security purposes is reported this afternoon (4).
Two soldiers have been posted at the said school for safety purposes and the shooting incident has taken place around 12.45 this afternoon.

The army soldier responsible for this death has said that he shot a person who tried to gain entrance to
the school by force. Though the deceased has said that he came to school on a telephone call received from school, when he was told that it is necessary to inspect him, he has brushed aside the request and has even tried to grab the soldier's weapon and that later he has gained access by force, the soldier exclaimed. Under such circumstances, the soldier has opened fire.

The victim who sustained injuries from this shooting on admission to Karapitiya teaching hospital intensive care unit has passed away, Akmeemana police say. The person who died in the shooting incident is a 39 year old father of a student of the school and it was found that he was a former member of the Navy band. The suspect Navy soldier connected to the incident has been taken into custody. Akmeemana police are conducting further inquiries in this connection. 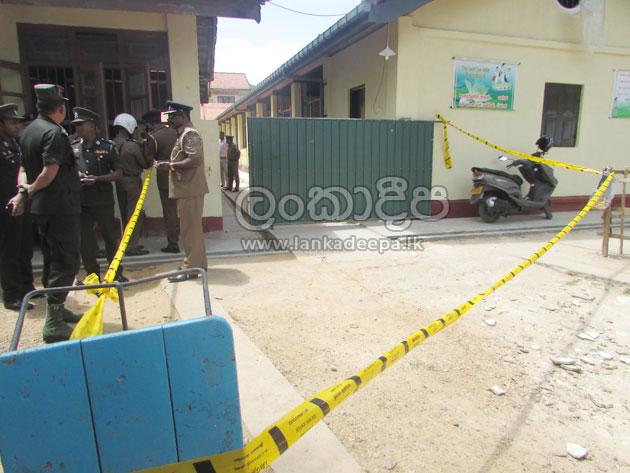 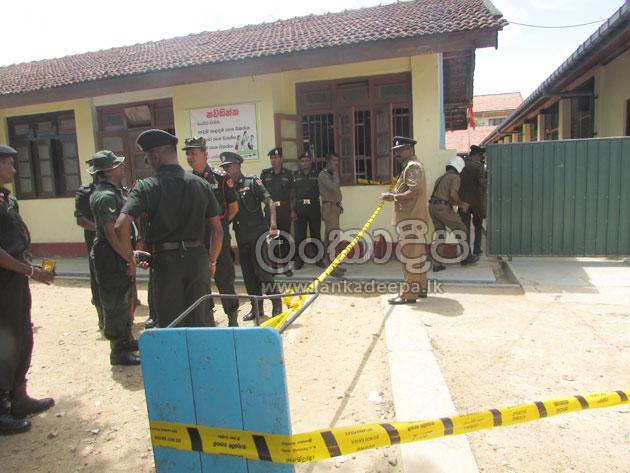 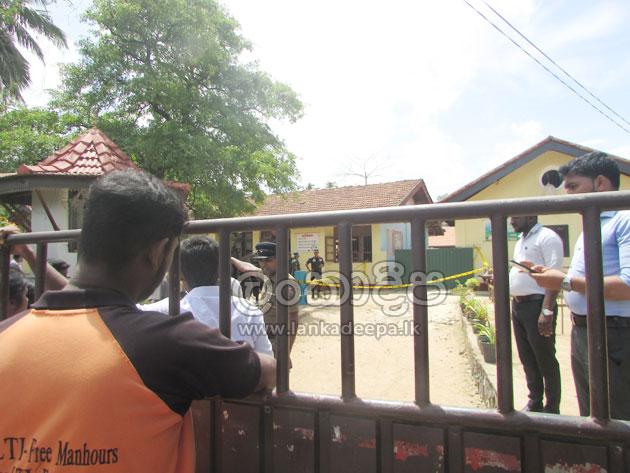