Daham Sirisena's wedding at Hilton tomorrow ... because of explosion at Shangri-La 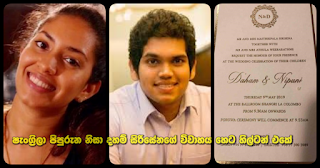 Daham Sirisena's wedding at Hilton tomorrow ...because of explosion at Shangri-La


Wedding celebrations of President Maithripala Sirisena's son, Daham Sirisena will be held tomorrow (9) at Colombo Hilton, it is reported. The function was earlier planned to be held at Colombo Shangri-La Hotel and as it has now been closed and therefore there is no opportunity under such circumstances and thus the venue has been shifted. The wedding therefore would be conducted tomorrow, 9th Thursday at Colombo Hilton Hotel with attendance of distinguished guests. We have
previously revealed that daughter Nipuni Weeraratna of well-known business magnate, Mr. Athula Weeraratna will wed Daham.

Previous article: Who is this Nipuni whom Daham is to marry? Click HERE 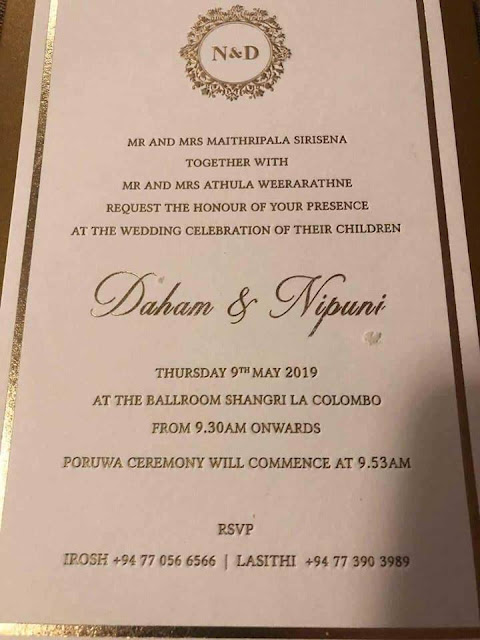